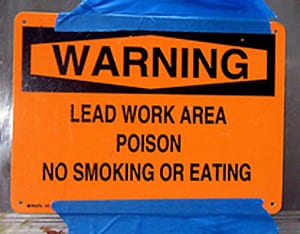 The Associated Press has reported that a judge in California has ordered three paint companies “to pay for the removal of lead from millions of older homes in the state.” Santa Clara County Superior Court Judge James Kleinberg in San Jose on Monday “ruled that three companies created a public nuisance by selling lead paint before it was banned in 1978,” and fined them $1.1 billion that “will be used to remove lead paint in an estimated four point seven million California homes, many in low-income neighborhoods.”

Judge Kleinberg “bucked the industry’s quarter-century track record of legal success against public agencies,” which has seen paint manufacturers defeat “some 50 lawsuits filed nationwide by public agencies seeking billions of dollars to remove lead-based paint from homes built before the federal government banned lead-based paint from the U.S. market in 1987.” The AP notes that legal experts “and industry supporters predict a revival of paint-related lawsuits if the California verdict is allowed to stand.”