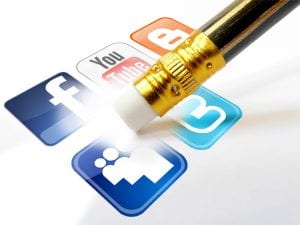 Imagine being able to erase the regretful web postings of your youth with a click of a button? What seems like a dream is becoming a reality for teens in California. Gov. Jerry Brown signed a bill into law on Monday, September 23 that allows minors (under 18) to request web companies to remove online activity. This “eraser” law will go into effect in 2015 and proves to be a small win for online privacy.

According to Kathleen Miles, associate editor for the Huffington Post LA, “the law is meant to help protect teens from bullying, embarrassment and harm to job and college applications from online posts they later regret.” Those who oppose the law feel a major concern with this legislation is the likelihood of requiring websites to develop different policies for each state.

Despite the concern, CEO and founder of Common Sense Media, James Steyer, was quoted saying, “Kids so often self-reveal before they self-reflect. In today’s digital age, mistakes can stay with and haunt kids for their entire life. This bill is a big step forward for privacy rights, especially since California has more tech companies than any other state.”