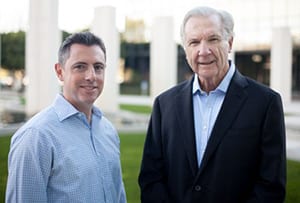 Advocate Capital, Inc. friend and client James T. Capretz, of Capretz & Associates, in representing former NFL quarterback Preston Jones and others similarly situated, successfully argued to a federal judge to issue a ruling that the proposed NFL concussion settlement should incorporate changes including credit for seasons played in the NFL Europe league.

According to an article featured in a recent Los Angeles Daily Journal article by Don J. DeBenedictis:

Under the original NFL settlement plan, veterans of the World League of American Football and is successors, the NFL Europe League and the NFL Europe League, were counted within the plaintiffs’ class - but they would receive no credit for season played in Europe in calculating their benefits.

James Capretz became aware of the exclusion when retired NFL and NFL Europe league player, Preston Jones, requested Capretz review the proposed concussion settlement agreement. He discussed the settlement with other attorneys and found the exclusion to be not fair or reasonable. Jim stated, “I decided there was a basic wrong here, and no one could explain why.” Capretz and his colleague, Don K. Ledgard focused on the European League exclusion in their objection to the settlement and their persistence paid off. The Judge recommended changes to the settlement that should include credit for the Europe league seasons, should cover more deceased players, remove a funding cap on certain medical testing, and provide a hardship waiver for the appeal fee.

The NFL payout with the proposed new additions could range from $765 million to almost $1 billion.

Capretz & Associates  has a diverse portfolio of cases specializing in mass tort and class action litigation. The firm is located in Newport Beach, CA representing clients throughout the US. Advocate Capital, Inc. is proud to collaborate with trial lawyers like Capretz & Associates as they seek justice for clients and work to insure that our civil justice system serves everyone.