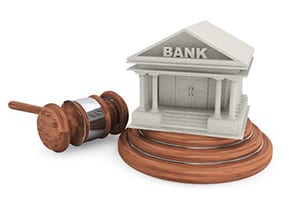 In a recent New York Times article, Jessica Silver-Greenberg and Michael Corkery report that the Consumer Financial Protection Bureau (CFPB) is proposing a rule that “would restore customers’ rights to bring class-action lawsuits against financial firms, giving Americans major new protections and delivering a serious blow to Wall Street that could cost the industry billions of dollars.”

The proposed rule would apply to most consumer interactions with banks such as bank accounts, credit cards, and other consumer loans and seems likely to go into effect since it does not require congressional approval.

The new rule by the CFPB “will unravel a set of audacious legal maneuvers by corporate America that has prevented customers from using the court system to challenge potentially deceitful banking practices.”

Over the past few decades, banks, credit card companies, and other lenders have used the fine print in their agreements to prohibit customers from accessing the court system and forced them into arbitration on a solo basis. “Without the ability to pool resources, most people abandon their claims and never make it to arbitration.”

The new rules would prohibit this language in contracts and would mean that lenders could not force customers into arbitration. The changes would not apply to existing accounts, “though consumers would be free to pay off their old loans and open new accounts that are covered.”

Legal experts are predicting that the new rules would ostensibly end arbitration.

Which we think would be a good thing.

The proposed rule can be seen here.