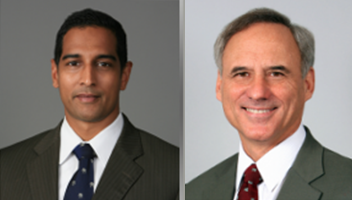 Our good friends at Cheong, Denove, Rowell, Bennett & Hapuarachy recently scored a huge settlement for their client after a long and protracted litigation with the defense teams.

The firm represented the heirs of a man who died twelve days after suffering a hemorrhagic stroke. The man was recovering in the ICU, and despite the severity of the stroke, he was in good spirits, awake and responsive. A doctor noted in the man’s chart; the patient was doing “remarkably well.” Six days after the stroke, the man was moved out of the ICU and was expected to transfer to a rehab facility within a day or two.

However, the morning after being transferred out of the ICU, the man complained of being drowsy and lethargic. The staff noted the man was falling asleep while answering questions, and at times was difficult to awake. The man’s case manager and doctors discussed holding off on the transfer to acute rehab. That evening, the man’s family told the shift nurse they felt he should return to the ICU believing his symptoms were worsening. The nurse assured the family everything was fine.

The pulmonary doctor would eventually visit the man around noon the following day. The doctor noted the man was sleepy and stable, and he ordered a CT scan. Sadly, the doctor never read the results of the scan. Instead, a nurse read the results to the doctor over the phone. Tragically, the man’s CT scan showed the bleed had increased, not decreased, and his condition continued to decline. The man passed away five days after being transferred out of the ICU.

John Denove and Shane Hapuarachy retained experts who would testify the man’s death was due to a progression of the first stroke, and not a second stroke. The defense offered to settle the claim for $100,000.  Attorneys, Denove and Hapuarachy did not back down from their earlier demand and proceeded to trial. After it started looking pretty bleak for the defense, they offered to settle the case for a confidential amount in the midst of the trial.

Cheong, Denove, Rowell, Bennett & Hapuarachy is a personal injury firm representing clients throughout Southern California. They have received numerous awards and recognition for their trial successes and commitment to representing the rights of the injured.

Advocate Capital, Inc. is proud to partner and support personal injury law firms like Cheong, Denove, Rowell, Bennett & Hapuarachy in their relentless fight to protect the rights of those injured due to the negligence of others.