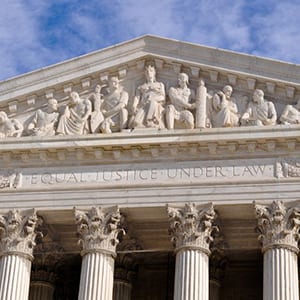 In his recent Year-end Report on the Federal Judiciary, US Supreme Court Chief Justice Roberts asks for less conflict in the judicial system.  According to a recent report in the Washington Post by Robert Barnes, Roberts “implored lawyers to work together and judges to take a more hands-on role to improve a federal litigation system that has grown ‘too expensive, time-consuming and contentious.’”

SCOTUS’s docket for this election year includes cases involving such controversial issues as abortion, affirmative action, and the Affordable Care Act.  According to the article, SCOTUS “is being challenged from forces outside the court desiring greater transparency.”

However, in his report, Roberts mentions none of these issues.  He concentrates on “changes that went into effect last month in the rules that govern practice in the federal courts.”  Roberts says these changes could move cases along more quickly, help alleviate “gamesmanship” in the discovery phase, and other delays.

Roberts writes, “I am hardly the first to urge that we must engineer a change in our legal culture that places a premium on the public’s interest in speedy, fair, and efficient justice.  But I am motivated to address the subject now because the 2015 civil rules amendments provide a concrete opportunity for actually getting something done.”

I agree with you, Chief Justice Roberts.  I just wish you had said something about ensuring full access to the courts for consumers.  We can still hope.

The full Washington Post article can be read here.