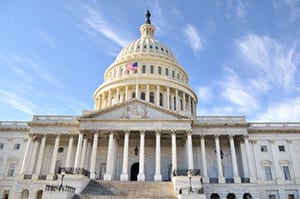 We have blogged several times in this space about auto recalls and the tactics of General Motors, in particular.  Despite the auto industry’s past attempts to skirt responsibility, and the public outcry for better protections from our government and regulators, it appears as if the U.S. Congress is not prepared to move quickly to enact tougher laws.

Politico recently reported that reforming “auto safety laws is toward the bottom of this year’s congressional to-do list,” in spite of record car recalls, “critical mistakes” by the National Highway Traffic Safety Administration, “and what some senators alleged was a criminal cover-up by the nation’s largest automaker.” Anger at General Motors concealing an ignition switch defect hasn't translated into action, “in sharp contrast to” Congressional reform of the NHTSA following the 2000 Ford-Firestone tire scandal.

While safety advocates say the $35 million cap NHTSA can levy on auto makers for hiding individual defects means the fines are just the cost of business for automakers, new NHTSA head Mark Rosekind, “said he plans on cracking down on automakers and forcing even more recalls in 2015.”