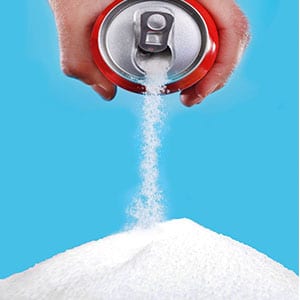 A new lawsuit filed against Coca-Cola is leaving company executives with a bad taste in their mouths. According to Business Insider, the Center for Science in the Public Interest (CSPI) is suing Coke and another industry group, the American Beverage Association for allegedly misleading customers regarding the health risks of soda and other sugary drinks.

Business Insider’s Kate Taylor says that the suit specifically targets Coca-Cola and the American Beverage Association’s emphasis on exercise and a “calories in, calories out” method to manage health. The CSPI says that stance goes against scientific evidence about sugar-sweetened drinks and their link to obesity, heart disease, and diabetes.

Taylor says the lawsuit also claims Coke went as far as funding research that downplays the health dangers of sugary drinks to mislead Americans about the risks of drinking soda.

In response to the CSPI’s lawsuit, Coca-Cola released this statement: “We take our consumers and their health very seriously and have been on a journey to become a more credible and helpful partner in helping consumers manage their sugar consumption.” The company says it has also improved product nutrition by adding things like front-of-pack calorie labeling and low and no-calorie options.

Taylor says the American Beverage Association argues that CSPI’s accusations are “unfounded,” and points out that obesity and diabetes rates have been increasing while soda consumption has dropped.

Despite their counterclaims, the CSPI is demanding that both Coca-Cola and the American Beverage Association release files on sugar-sweetened drinks and their potential health implications, stop advertising to children, and fund a public health education campaign.

Taylor says this isn’t the first time the consumer advocacy group has gone after Coca-Cola or other big beverage giants. She says in October, the CSPI sued PepsiCo over allegedly marketing its “Naked Juice” drinks as more healthy than they actually are.