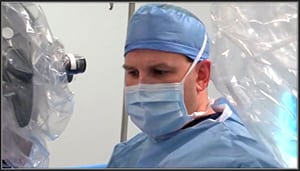 WFAA New 8 in Dallas recently aired an investigative report about Baylor Plano Hospital and allegations that they allowed Dr. Christopher Duntsch to operate on patients despite being warned that he was “dangerous.”

Attorney Kay Van Wey of Van Wey Law, PLLC, filed one of the lawsuits against the hospital. She stated in the interview that after Baylor Plano hired Dunstch, there were “multiple opportunities for them to stop him.” Victims of surgeries performed by Dunstch resulted in paralysis, injuries and death.

Attorney James Girards of The Girards Law Firm described one incident where another surgeon had to intervene during an operation. Girards stated “The altercation was witnessed by hospital staff but never reported.”

With multiple victims and statements from other surgeons, it will still be difficult to hold Baylor Plano accountable. According to Texas law, lawyers cannot just prove “negligence” but they will need to prove “malice” or that “Baylor meant to harm patients when they let Duntsch operate on them.”

Advocate Capital, Inc. supports our clients like Dallas attorneys Kay Van Wey and James Girards who fight to hold doctors and hospitals accountable and bring justice to the victims of medical negligence.