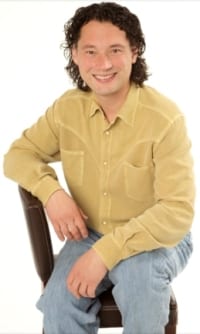 Seattle area attorney and Advocate Capital, Inc. client, Eric Fong, recently tried a nursing home abuse case in Iowa as part of a legal team with Nick Rowley, Pat Logan, Rod Ritner, and Joe Kruger. Against all odds, they achieved a record-breaking victory. Hotly contested on liability, they had received no offer at the time of trial. Eric explained that the battle was up hill all the way, as the judge appeared to be openly hostile to the plaintiff’s case, and one juror during voir dire, "said the plaintiff's claim was ridiculous and went on a tirade about frivolous plaintiff cases and lawsuits".  The case was tried in one of the most conservative jurisdictions imaginable.

Eric describes the victim’s elderly, surviving wife as “sharp as a tack, witty, and funny,” and insisted on being in the courtroom during the trial. She married her husband seven days before Pearl Harbor.  She and her husband were married 66 years. Eric added, “The stories of their love, commitment, raising their kids, and contribution to the community inspired us beyond what words can express.”