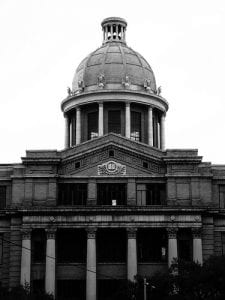 I have already blogged a couple of times about the impact that the sequestration/federal budget cuts are having on the court system.  The cuts are now starting to impact public defenders and probation services according to many published reports.  USA Today reports that, “The federal judiciary for the first time is cutting the fees of court appointed defense lawyers, including those representing death penalty defendants, to deal with the ‘dire consequences’ of required government budget reductions known as sequestration.”

The New York Times had reported on this issue a few weeks ago, lamenting the fact that only 3 Democrats and 1 Republican showed up to a Senate Judiciary Subcommittee hearing to “examine the wreckage”.   Michael Nachmanoff, who heads the federal defender office for the Eastern District of Virginia, warned that absent relief from Congress, even more severe budget buts forecast for the next fiscal year will force federal defender offices to terminate “as many as one-third to one-half of their employees”.

The article in the Times closes with the following question, which I think is a good one – “What will it take to get lawmakers to stop treating the courts – an independent branch of government created by the Constitution – as an unaffordable frill?”

The USA Today article can be read here.

The New York Times article can be read here.