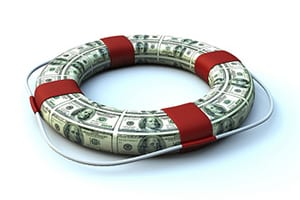 I have previously blogged about the impact that the federal budget cuts are having on access to the court system.  Recently, there have been several new reports about courts trying to obtain emergency funding to help alleviate the problem.

The Federal Times reports, “The federal courts are seeking an additional $73 million in emergency funds for this year to prevent layoffs and other repercussions from sequester-related budget cuts.” According to a letter from top judicial officials to the Office of Management and Budget, “The judiciary is confronting an unprecedented fiscal crisis that could seriously compromise the constitutional mission of the United States courts.” The Times adds, “The supplemental appropriations request would offset about one-fifth of the approximately $350 million that the courts are losing to the sequester.  Unlike some executive branch agencies, the courts have ‘little flexibility to move funds between appropriations accounts to lessen the cuts’ effects’, Julia Gibbons and Thomas Hogan of the Judicial Conference of the United States said in the letter to OMB Director Sylvia Burwell.”

The Legal Times reports that the Judicial Conference said the funds “would save 550 jobs in public defender and clerk offices, and prevent 24,000 furlough days for 5,000 employees.” The request “also connected the emergency funding to the Boston Marathon bombing, saying $5 million for projected representation costs ‘for high-threat trials, including high-threat cases in New York and Boston’ that federal public defenders would have been able to absorb had the sequester not happened. The courts want to replace part of the $350 million overall cut to the federal courts budget as part of sequestration earlier this year, according to the letter.”

Here’s hoping that the OMB approves the emergency funding.