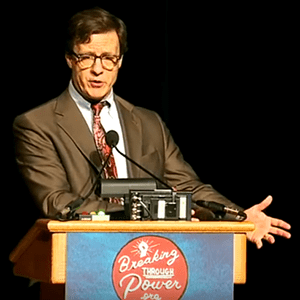 Public Justice, a law firm dedicated to public interest and impact litigation, recently spoke out about an important issue many Americans face: Corporate Arbitration. This is the process of settling an argument or disagreement with a company by consulting with an arbiter or third party to hear both sides. However, Paul Bland, executive director of Public Justice, says forced arbitration clauses are contributing to the economic injustice present in America.

In his speech at the “Breaking Through Power” conference held in May in Washington, D.C., Bland says there is a sharp division between the wealthiest 1% of the United States and the rest of the country. He says consumers are being slighted and given an unfair disadvantage due to practices like corporate cheating, predatory lending, and wage theft; meanwhile, corporations are given the upper hand.

Bland says companies can use forced arbitration to prohibit an employee from taking them to court if they break the law or commit a wrong against them, but he claims the biggest barrier of forced arbitration clauses is the ban on class action lawsuits.

Yet, there is light at the end of the tunnel. Bland says progress is being made to fight injustices like corporate arbitration and other issues like predatory lending, excessive court secrecy, and abuse of power. Public Justice is working to combat and challenge these practices by recruiting trial lawyers skilled at finding out the truth, leveraging resources and working on cases that lead to systemic and aggregate change.

Bland says some of the causes Public Justice fights for, anti-bullying, civil rights and liberties, and consumers’ rights, can sometimes appear hopeless to people. However, if trial lawyers continue to go after justice, he says they can make an impact: “These problems are not hopeless. I’m filled with hope, I’m filled with anger that this is incredibly unfair the way things are going, but I don’t think it’s something we have to give up on. I think that if we double down, we take anger and turn it into something positive, and we fight case by case and build the story, we can change this country.”

You can check out Bland’s full speech at the “Breaking Through Power” conference by clicking here.