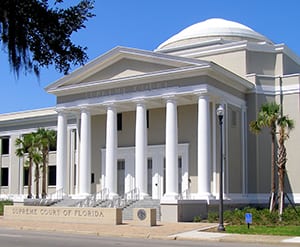 In a 5-2 ruling last Thursday, March 13, the Florida Supreme Court voted to remove the cap on so-called noneconomic damages in a wrongful death case due to medical malpractice.

The case that changed the law was brought by the family of 20-year old Michelle McCall who bled to death following a cesarean section for the birth of her son in 2006.  McCall was part of a military family and her estate sued the government because she was treated by U.S. Air Force medical staff.  The federal judge agreed with the improper care allegation and awarded $2MM in noneconomic damages.  However, per the 2003 legislative damage caps, the award was reduced to $1M.

Unfortunately, this change in the law will not apply to victims whose cases were resolved between the 2003 law and the recent changes.  The Florida Justice Association estimates there are more than 700 medical malpractice cases currently pending statewide.

Advocate Capital, Inc. salutes the Florida Supreme Court for having the courage to do “the right thing” for those who pay the ultimate price due to medical negligence.

Will other states follow this example?  We certainly hope so.