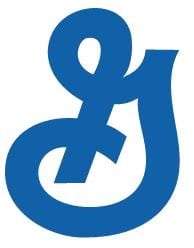 In an article on April 17, 2014, the New York Times reported that General Mills, “the maker of iconic cereals like Cheerios and Chex as well as brands like Bisquick and Betty Crocker, has quietly added language to its website to alert consumers that they give up their right to sue the company if they download coupons, ‘join’ it in online communities like Facebook, enter a company-sponsored sweepstakes or contest or interact with it in a variety of other ways.” The Times notes that “anyone who has received anything that could be construed as a benefit and who then has a dispute with the company over its products will have to use informal negotiation via email or go through arbitration to seek relief, according to the new terms posted on its site.”

“Although this is the first case I’ve seen of a food company moving in this direction, others will follow – why wouldn’t you?” said Julia Duncan, director of federal programs and an arbitration expert at the American Association for Justice. “It’s essentially trying to protect the company from all accountability, even when it lies, or say, an employee deliberately adds broken glass to a product."

In a follow up article on April 18, 2014, the Times reported that General Mills back-pedaled and said “that an update to its new legal policies, which stated that consumers ‘joining our online communities’ could not sue the company, did not apply to people who visit its Facebook pages and Twitter accounts.” The firm “was responding to an article in The New York Times on Thursday about the new policy, which broadly asserts that consumers interacting with the company in a variety of ways and venues no longer can sue General Mills, but must instead submit any complaint to ‘informal negotiation’ or arbitration.”

In an email received by the Times on Thursday, 4/17/14, General Mills spokesman Mike Siemienas “said the ‘online communities’ mentioned in the policy referred only to those online communities hosted by the company on its own websites.”

“It is very clear that if you do any number of things, you are covered by these changes,” AAJ’s Duncan said.

Further back-pedaling after receiving a groundswell of consumer backlash, General Mills has now totally withdrawn the changes to their “privacy policy” and have removed the binding arbitration language.  Here is a recent blog from their website explaining their actions.

Another victory for the rights of the consumer, brought on primarily by the consumers voicing their opinions!