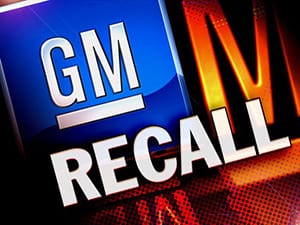 According to an article on Fox News Insider, a woman in Texas is suing General Motors Co. over her false conviction in connection to the recent recall. Candice Anderson pled guilty to criminal negligent homicide over the car crash death of her fiancé, Gene Erikson. When GM issued the faulty ignition switch recall, Ms. Anderson and her attorney, Bob Hilliard of Hilliard Munoz Gonzales LLP, reviewed her case and discovered that the recalled switch may have caused the crash of her 2004 Saturn Ion. This fact was later confirmed by National Highway Traffic Safety Administration (NHTSA).

The article states the Anderson lawsuit alleges GM “knew about the bad switches but failed to disclose the problem even though Anderson was pleading guilty.”

This story reveals the true impact of corporations choosing profit over public safety. Ms. Anderson was punished for a crime she did not commit and tortured by the guilt of her fiancé’s death for 10 years. Her case along with more than 50 other crashes and 13 deaths are all due to GM’s decision not to address the problem for more than a decade.

Who knows what other cases will emerge as NHTSA digs deeper into this recall?