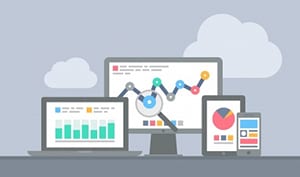 Google has updated its webmaster rules on links and keywords in press releases. It could really hurt PR Agencies and their clients.  There are many tricks to writing a press release which help promote the site in which is written about. According to ZDNet, repeating words and using links within a press release help drive your Google index so your webpage would appear higher on the Google search page. However, with the new rules, if you repeat the use of a word in your press release, Google will think you are trying to stuff it with keywords and try to trick its index. Repeated words are a big red flag. There has been talk that Google could even penalize a PR firm’s client web site because it will view these actions as an attempt to unnaturally promote the site. Only “natural” growth in the popularity of a web page is allowed.

Google and PR agencies earn their money in the same way: promoting businesses. Google does it by selling ads on its AdWords or AdSense networks, and in return it directs a lot of traffic to the site.  With both Google and PR agencies initially doing the same thing, promoting businesses, they are now competitors.  How can a PR firm promote a client when Google punishes any form of paid online promotion?  In the end this could cause disputes that could lead to legal action and millions of dollars in lost sales.

So, what is the best way to keep your firm from chancing being thrown down the Google rankings? One idea is to use “nofollow” links in your press releases. Ragan.com says to also be mindful when using anchor text as well and use links sparingly.

To learn more about Google’s new rules and get a few more tips on writing press releases under these new rules, click here.