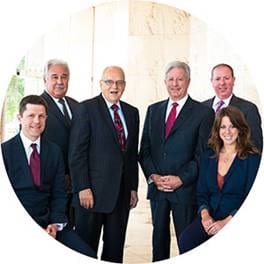 In 2008, J. Gary Gwilliam and his Law Partner Randy Strauss and Associate Rob Schwartz of the Oakland, CA law firm, Gwilliam, Ivary, Chiosso, Cavalli & Brewer took on government agency/giant Lawrence Livermore National Lab in a wrongful termination case in which 130 workers were laid off, in what plaintiffs argued was in violation of existing layoff policies. Existing policy required most employees be laid off in inverse order of seniority, yet the average age of employees laid off was 56 with an average seniority of 20 years. Having experienced no layoffs over the previous 35 year period, Lawrence Livermore Labs began laying off workers after the lab was privatized in 2007.

Privatization of the lab included management responsibility being outsourced to the Bechtel Corporation, who facilitated the layoffs as part of a plan to save the company a promised $50M. While the older, most experienced workers were being laid off following decades of hard work, company loyalty and dedication, counter to a specific layoff policy, Bechtel would add 30 new Bechtel employees to management positions.

In true David v. Goliath style, the team of lawyers at Gwilliam, Ivary, Chiosso, Cavalli & Brewer enlisted the determination and expertise of 6 attorneys in a battle against Lawrence Liver Labs’ team of 1,200 lawyers. Fierce litigation, which began in 2008, included 100’s of depositions, evaluation of over 300,000 documents, countless client interviews, two separate 60 day trials in 2013, survival of multiple summary judgments, removals and remands to Federal Court and more than $1.5M in case costs. Finally, after intense mediation and negotiation, Gwilliam, Ivary, Chiosso, Cavalli & Brewer was able to achieve a $37.25M settlement on behalf of the wronged workers.

Gwilliam, Ivary, Chiosso, Cavalli & Brewer was willing to stay the course and fight to the bitter end, no matter how big the defendant, to champion the cause of these 130 hardworking, dedicated employees whose rights were so clearly violated and disregarded by Lawrence Livermore Lab and Bechtel Corporation.

We can only imagine the vast impact of the layoff, each of these workers endured over the course of the last 7 years and the difference that trial lawyers like J. Gary Gwilliam and his team of lawyers was able to make for these former employees and their families by demanding justice on their behalf.  Click here to read more about the case.

It is an honor to partner with trial lawyers like Gwilliam, Ivary, Chiosso, Cavalli & Brewer throughout the U.S. in the tireless fight for justice on behalf of consumers. Congratulations to the hard-working employees who finally got the justice they deserved.