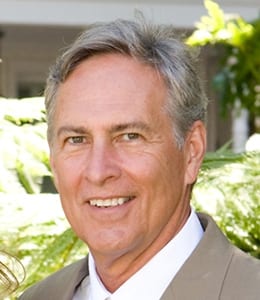 Bernard J. Hamill tried a case alleging nursing home sexual assault on behalf of his client against Kindred Healthcare, Inc. in front of a Middlesex County Massachusetts Jury in December 2013. The jury entered a verdict on Dec.17th, for $2,000,014, not including interest, against Kindred Healthcare, Inc. after a weeklong trial. The Plaintiff, "Marie" by her power of attorney, is an 87-year-old nursing home resident with Huntington's disease and dementia.

The Plaintiff’s claim was for negligent care for allowing a sexual assault at a Kindred Nursing Home. She was found with a bruise on her vaginal area on the morning of 7/22/11. Mr. Hamill argued to the jury that the bruise was caused by abuse. The defense argued that she had fallen. Because there were no eyewitnesses to any abuse the defense contested plaintiff's allegation strenuously, presenting expert medical testimony about falls and other medical conditions that "could" result in injury. She was treated once at the Emergency Room the day after, and had one follow up doctor’s visit. She consistently denied ever being abused. She has short-term memory issues.

To prepare this case Mr. Hamill conducted over 20 depositions to obtain discovery and spent many thousands to get the case to trial. Mr. Hamill delivered the opening and closing to a jury of nine men and three women. Mr. Hamill submitted no medical bills or "special damages" to the jury as the plaintiff did not receive any “treatment”. This case was given to the Jury on the 5th day.

The jury deliberated for three hours, including lunch.

With interest, the verdict was $2,460,189, all for emotional distress and loss of dignity.

This verdict is the largest jury verdict against a nursing home in Massachusetts history. At this time, the plaintiff is living peacefully in another nursing home where she has resided since this incident. She has no memory of the assault.

Advocate Capital, Inc. proudly supports attorneys like Bernard J. Hamill who continue to fight for the rights of nursing home residents and their families.