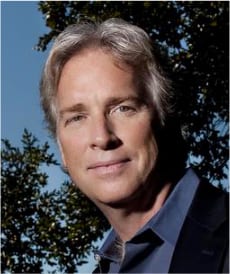 On January 25th, Hunter Hillin of Hillin Law, PLLC in Austin, Texas won a verdict of $13.9 Million dollars against Gwinnett Medical Center based on a claim that during labor, medical personnel failed to intervene and rescue a baby who was experiencing oxygen deprivation for two hours prior to birth. The hospital staff misread the fetal heart rate tracing. The child was close to death at the time she was born. Due to excellent work at resuscitation, she survived but unfortunately developed cerebral palsy, a seizure disorder, and mental retardation as a result of the damage done to her brain in labor. She is now 10 years old but only has the mental capability of a 3-year-old.

The doctors who took care of the child when she was a newborn were never told that there were problems in labor, so they looked for another explanation. Though they never could find evidence of the cause, they had investigated meningitis as a potential cause. That investigation turned into a “diagnosis” that took on a mythical life of its own and followed the child and her care for the next ten years. Even today, this myth would have continued if Mr. Hillin, as lead counsel at trial, had not proved in court through medical expert testimony that the true cause of this child’s problems was oxygen deprivation caused by the neglect of the medical personnel during labor, rather than by meningitis.

This was the largest verdict in Gwinnett County history in a medical malpractice case, and set a statewide record in Georgia jurisprudence.

For over 25 years, Attorney Hunter Hillin has represented clients nationally with personal injury, wrongful death, medical malpractice, and bad faith cases. Hillin Law is proud to assist those who have been wronged, and is prepared to fight for the rights of victims and their families.

Thanks to attorneys like Hunter Hillin for standing up for their clients and fighting for the rights of victims and their families!