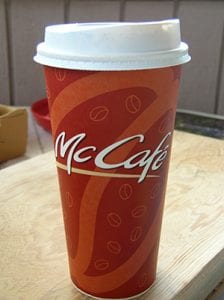 Recently, the New York Times published an article reflecting on how much the world has changed since 1992’s Liebeck v. McDonald’s Restaurants lawsuit. Reporter Hilary Stout states that in the two decades since the lawsuit “we have become a society that totes hot liquids everywhere.”  As a result of the increased demand, coffee technology has improved significantly with inventions such as the cardboard sleeve, sculptured lids, and cup holders for all seats in vehicles.

The fact that we feel safer with these technologies has made our society “even more lackadaisical about the potentially scalding liquid we carry.” Dr. Robert W. Yurt, Chief of Burns, Critical Care and Trauma at the New York Presbyterian/Weill Cornell Medical Center, stated “an average of 80 people a year are hospitalized for coffee and tea scaldings.”

The article features the recent video by Retro Report illustrating the media’s alteration of society’s perception of the Liebeck case and verdict. The video highlights how the franchise dropped its serving temperature for coffee 10 degrees after the case. Stout’s article quoted a Starbucks barista about their serving temperature. The barista stated that they brew their coffee “at 200 degrees” but they “let it sit for a half-hour, so it is about 170 or 180 when we serve it.” Thanks to the Stella Liebeck case, franchises are choosing to decrease their serving temperature and helping protect customers from severe burns.

For more details on the Liebeck case, watch the award-winning documentary, “Hot Coffee”