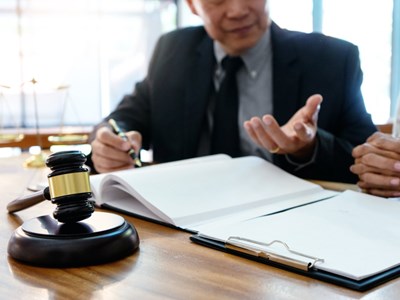 According to Law.com, Johnson & Johnson recently won their trial in Philadelphia against a case that alleged the company caused the plaintiff ovarian cancer with their baby powder.

The company previously tried to have the case moved to federal court but was unsuccessful.

The trial began on August 16th and went on for six weeks because of the delays from Hurricane Ida. Both sides presented whether or not the plaintiff contracted ovarian cancer due to the company's baby powder.

The company presented many experts and science on how talc could not cause cancer in the plaintiff. The defense argued the plaintiff's genetic factors caused ovarian cancer and not their talcum baby powder.

The jury made their decision based on the experts that were present at trial. In the post-trial interviews, the jurors said they decided based on the evidence the defense's experts presented that said there was no way talc could cause cancer.

The plaintiff's team still believes their evidence is strong and proves that Johnson & Johnson's talcum baby powder causes ovarian cancer. The plaintiffs' team said the court did not allow them to share specific evidence and the team will be examined as a basis for appeal.

Johnson & Johnson has had multiple products liability cases brought against them, and most of them have gone in the plaintiffs' favor.

For more information on this case, click here to be taken to the Law.com article.