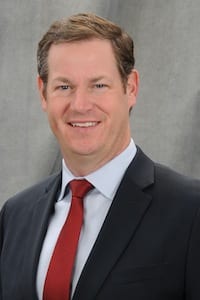 Congratulations to John Hawkins, his colleague C. Logan Rollins, and their client on this confidential settlement.  In February of 2013, the plaintiff rented a camper from the owner.  After loading items into the trailer, an explosion occurred.  A witness nearby stated the plaintiff rushed staggering out of the trailer with severe burns – with the skin melting off his body.  The fire totally consumed the inside of the trailer.

Plaintiff suffered severe burn injuries to his face, arms and legs along with inhalation injuries causing acute respiratory failure.  In addition to numerous surgical procedures for grafting, a tracheostomy and gastrostomy were also required to stabilize the plaintiff.  The mechanical ventilation and feeding tubes remain in place and even when plaintiff is discharged from the hospital set-up, he will require extensive treatment in a rehabilitation facility.  It is unlikely that he will be able to obtain gainful employment in the foreseeable future and will also require psychological counseling to overcome his grief, physical incapability and emotional instability.

Attorney Hawkins is the managing partner of The Hawkins Law Firm and dedicates his practice to personal injury victims throughout the state of South Carolina.  Prior to founding this law practice, Mr. Hawkins served the citizens of South Carolina as a state Senator and member of the South Carolina House of Representatives, crafting the very laws that govern the state today.

Advocate Capital, Inc. is proud to support trial lawyers like John Hawkins as they pursue justice on behalf of people who are injured due to the negligence of others.