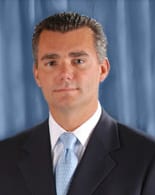 Congratulations to John A. Lancione, his team and his clients on this confidential settlement.  The lawsuit filed by the mother and father on behalf of their minor child alleged that the attending obstetrical nurses and physicians failed to properly diagnose and treat the mother who presented at 33 weeks’ gestation with classic symptoms of placental abruption.

Specifically, the expectant mother arrived at the facility at noon on March 18, 2007 with complaints of severe abdominal pain and tenderness, uterine irritability a non-reassuring fetal heart rate and decreased fetal movement (no movement since 4 a.m.).  The admitting nurse documented an ominous fetal heart rate pattern.  The attending obstetrician (on call for the plaintiff’s regular OB), stated the heart tones were reassuring but not reactive.  Another nurse also evaluated the electronic fetal monitor although neither nurse invoked the chain of command required when a conflict arises in patient assessment.  The attending OB either left the hospital or L&D floor but was not immediately available to the nursing staff, patient and unborn child who was clearly in distress.  The patient’s symptoms escalated through the afternoon and at 2:30 p.m., her membranes spontaneously ruptured.  Still the attending OB ordered expectant management.  Around 3:45 p.m. and again around 4:19 p.m., the attending OB performed cesarean section deliveries on two other patients.  By 5 p.m., plaintiff child’s fetal heart rate began to seriously decompose.   At 5:20 p.m., a stat C-section was called.  There was no recorded fetal heart rate after 5:21 p.m.  The baby was delivered at 5:31 p.m. with no signs of life.  Following resuscitation, the baby was transferred to the neonatal intensive care unit where he remained until April 25, 2007.

In October, 2008, at the child’s 18 month well child visit, he was diagnosed with cerebral palsy and hypoxic ischemic encephalopathy (HIE).  In May, 2009, he was diagnosed with quadriplegic athetoid cerebral palsy.  The child is non-verbal and cannot walk or feed himself.  He is also incontinent of bladder and bowel.  This settlement allows for the child to have the necessary 24/7 lifelong care to provide him the proper quality of life following the negligent delivery that caused his injuries.

Attorney Lancione, a partner in the firm Lancione & Lancione PLL, dedicates his practice to victims of catastrophic injuries in the area of medical negligence, particularly birth injuries.  He was elected chair of the Birth Trauma Litigation Group of the American Association for Justice in 2008 and is a frequent lecturer on the subject nationally.  For detailed information regarding settlements and verdicts handled by Mr. Lancione and his firm, click here.

Advocate Capital, Inc. is proud to support trial lawyers like John Lancione as they pursue justice on behalf of people who are injured due to the negligence of others.