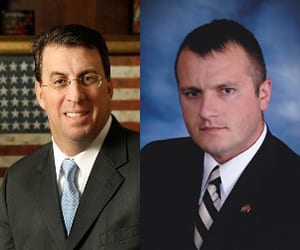 Congratulations to David Hoey and Kris Sobczak for obtaining an outstanding verdict for their client.  Hoey and Sobczak represented a young woman who was viciously attacked and raped in a Boston hotel-parking garage. The attack occurred in the early morning hours in May of 2009. The plaintiff had exited the parking garage elevator when the attacker pulled her by her hair into a stairwell where he viciously raped her.

Shockingly, the corporate owners and managers of the hotel and the parking garage were aware of the dangers in this parking garage. The same attacker had committed a similar crime 12 days earlier in the same garage. The six-floor garage had a history of crime that escalated and reputation for drug activity and homeless vagrants.  The hotel did not equip the garage with security cameras on any of the garage floors, and employed as little as one-to-two security personnel to patrol the entire hotel complex, including the six-floor garage.   At the time of the second assault, the two hotel security guards were inside the hotel lobby attending to the incoming bar crowd, per management instructions, thereby leaving the entire hotel parking garage without security during peak crime times.

Hoey and Sobczak were successful in persuading the jury to discount the corporate defense team’s theory of “Rape has not happened in 38 years until the first assault” or that the client was not injured until she took the stand.  After 6½ hours of deliberation, the jury returned with a verdict for the plaintiff, resulting in $6.6M judgment including accrued interest.

The Law Offices of David J. Hoey, P.C. is located in North Reading, Massachusetts, serves clients in Massachusetts and New Hampshire, and has been a client of AC since 2005.  David Hoey and Kris Sobczak represent clients in all personal injury matters.

Advocate Capital, Inc. considers it a privilege to support trial lawyers like David Hoey and Kris Sobczak as they demand justice from corporate America.

Donna Jones, Executive Vice President, joined the management team at Advocate Capital, Inc., in 2008. Her responsibilities include education and training of ACI staff, coaching new clients on the fundamentals of Advocate’s online services as well as its proprietary software application, AdvoTrac®. Ms. Jones handles a number of other functions including management of client relationships and supervision of annual quality assurance reviews.