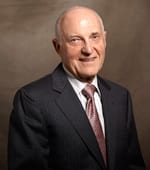 Congratulations to John Hill, of the Law Office of John E. Hill, for securing an $875,000 settlement for his client in a products liability case against his prior employer.

FACTS: On Sept. 15, 2007, plaintiff Richard Doe applied for a job with a company that provided staffing services to other companies.

On Sept. 16, he was sent to work as a forklift driver at a cannery. The company had him work at various tasks. One of the tasks was to work on a platform alongside a conveyor where cases of packed cans were rolled along to a palletizer. The platform was about 10 feet off the ground. The conveyor was 70 to 100 feet long and ran through the plant. There were parallel conveyors on both sides of the platform. At the terminus of the conveyor was the palletizer, which had arms that pushed the boxes together and then pushed them onto the part of the palletizer that lowered to the ground and gradually stacked the boxes on a pallet. When the pile was high enough, a forklift driver took it away, and a new pile was started. Sometimes, the boxes would get jammed as the arms were trying to push them together. A supervisor instructed plaintiff to reach into the palletizer and straighten them out.

On Sept. 27, plaintiff reached in at a “nip and shear point,” where a roller caught his arm and crushed it. He remained with his arm crushed in the machine for approximately five minutes. Finally, other employees were able to pry the roller off his arm. He was taken by ambulance to Sutter Tracy Hospital.

PLAINTIFF’S CONTENTIONS: Plaintiff contended that a guard was required at the nip and shear point.

DEFENDANT’S CONTENTIONS: Roe manufacturer agreed that a guard was required but claimed that the guard should have been installed by the designers and builders of the platform that gave plaintiff access to the nip and shear point on the palletizer. Roe manufacturer claimed that it had a written indemnity agreement from the cannery.

Roe cannery contended that it had a written indemnity agreement from Roe staffing company.  Roe designer and Roe builder of the platform contended that they were not authorized to modify the palletizer and that the guard was the responsibility of the manufacturer.

INJURIES: The plaintiff suffered third degree burns on most of forearm requiring skin grafting and resulting in chronic pain, and a rotator cuff tear requiring surgery.

Attorneys at the Law Offices of John E. Hill have more than 30 years of experience representing injured individuals throughout the San Francisco Bay area. They pride themselves on pursuing an aggressive and timely litigation strategy to ensure that their clients receive maximum benefits. To learn more about the Law Office of John E. Hill, click here.

Advocate Capital, Inc. is proud to support our clients, like John Hill, who continue to fight for justice and workplace safety.