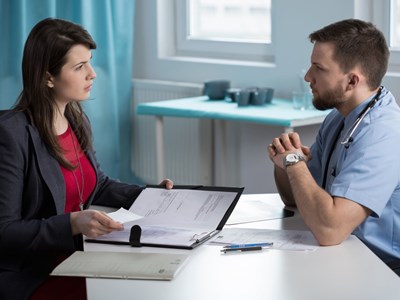 A warning has been issued to people using specific CPAP machines manufactured by Philips Respironics. Recent litigation has linked the brand's sleep and respiratory care devices to health hazards like cancer.

According to the Legal Intelligencer, a lawsuit filed by Beasley Allen Law Firm in July alleges that their client developed lung cancer after using a REMstar Auto A-Flex device (also referred to as a System One) daily for several years. Their client used this Philips Respironics continuous positive airway pressure device (also known as a CPAP) for obstructive sleep apnea.

The article also states that the national plaintiffs' law firm, Berger Montague in Philadelphia, filed a potential class-action suit around the same time over similar Philips products. Its lawsuit claimed the brand's machines had been linked to health issues such as cancer, pulmonary fibrosis, headaches, irritation, inflammation, and respiratory problems.

Philips issued a recall of their medical devices on June 14, saying affected ventilation and sleep apnea devices may have potential health risks related to the sound abatement foam used in the affected devices. However, The Legal Intelligencer article notes that Beasley Allen's 46-page complaint alleged that it's unlikely that the company only just found out about these issues given how long their products have been in the market, and Berger Montague agrees.

The article says the national firm also alleges that Philips knew about the risks from its CPAP machines long before this year's recall due to so many patients finding black particles in their affected machines over the years. The Legal Intelligencer says the firm claims Philips timed its recall coincidentally with the launch of its newer model CPAP devices, forcing those patients to buy more from the brand.

To learn more about the case, you can read the full report here.

Maria Escamilla, Executive Client Manager, is passionate about the work that plaintiff attorneys do for their clients. This passion stems from the years of experience Ms. Escamilla received working as a law firm administrator and paralegal. Her extensive exposure to the legal system as a court interpreter also allowed her to see firsthand the challenges attorneys face in and outside the courtroom.