In a formal press release and news conference earlier this month, Ken and Beth Melton announced via their counsel Lance Cooper that they have re-filed their lawsuit against GM alleging that the automaker fraudulently concealed critical evidence and allowed its corporate representatives to commit perjury.  Additionally, the Meltons have asked the court to sanction GM for its discovery abuses and the spoliation of evidence.

The case has received national attention with far-reaching implications for General Motors and NHTSA (National Highway Transportation Safety Association) which also knew about the defect in 2007.  In an interview with local WSB-TV 2 in Atlanta, Mr. Cooper explains the basis for the new lawsuit: 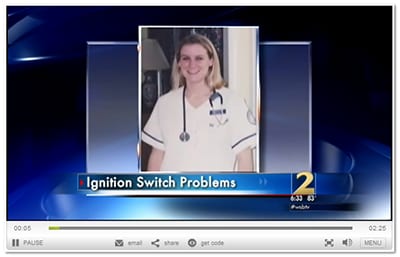 Included in the press release was this quote from Mr. Cooper:

The Meltons would not have settled their case if they had known of the perjury and concealment of critical evidence.  It is now apparent that GM’s plan was to resolve the Meltons’ claims before disclosing the Cobalt ignition switch design changes.

Where will it all end?  Will General Motors ever take the high road and “do the right thing” for the Meltons and all other families impacted by its defective products and subsequent unscrupulous litigation practices?

The entire team here at Advocate Capital, Inc. applauds the work of The Cooper Firm for having the wherewithal to demand responsibility from corporate giants like GM.  We previously blogged about the Melton case here and will continue to follow this landmark litigation with periodic updates.