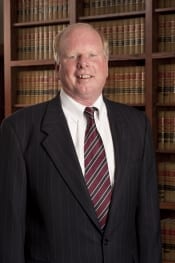 Meyerkord & Meyerkord, has filed a lawsuit on behalf of two sexual abuse victims against the Boy Scouts of America organization and the local troop sponsor, Black River Electric Cooperative.  The abuse was initiated by the troop scoutmaster who also served as a police captain and community leader.

In the words of a local circuit court judge, the tortfeasor, Kenneth D. Tomlinson II, was “every parent’s nightmare.”  Tomlinson ultimately plead guilty to all 22 criminal charges and is serving 3 life sentences.  The civil case is currently scheduled for a jury trial.  This case has already received extensive media coverage and the recent article featured in Daily Journal Online can be read in its entirety here.

Meyerkord & Meyerkord, LLC is based in St. Louis and prides itself on being “a homegrown firm with a regional footprint.”  The firm’s attorneys have achieved recognition in the Million Dollar Advocates Forum and the Top 100 Trial Lawyers in America.

We at Advocate Capital, Inc. are inspired by founder Stephen Meyerkord’s approach to the practice –-- representation isn’t limited to what the law is but rather what the law should be in order to obtain a just result.

Best of luck to the Meyerkord team with this high-profile trial and we look forward to seeing a just result on behalf of these victims.