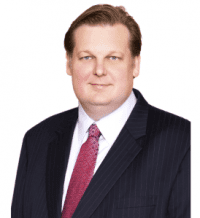 Our friend and colleague Michael Cowen of The Cowen Law Group convinced the National Highway Traffic Safety Administration (NHTSA) to initiate a probe into why defective Chinese-made tires were recalled by one importer but not another, even though the tires share the same U.S. distributor. As reported by PR Newswire, the agency opened the investigation on March 10.

In the article, Mr. Cowen is quoted:

It is unconscionable that American Tire Distributors and its Hercules subsidiary have chosen to keep these defective tires on the road, especially after the identical tires sold under the Capital brand were recalled," Cowen said.  "Hopefully they will do the right thing and recall the tires before someone else is killed or suffers a catastrophic injury.

The accident, the defective tire and Ms. Cantu’s amazing recovery have received national media attention with features on Inside Edition, CBS This Morning very recently in a video interview with Alexander Norouzi for The Box magazine.

Unfortunately, consumers like Krystal Cantu pay the ultimate price for the lack of transparency in the tire recall process.  Lives are lost and the injured face a lifetime of debilitating injuries.  Fortunately, there are attorneys like Michael Cowen who fight the tough fight for justice so citizens like Krystal have access to the justice system and receive fair compensation.

The Cowen Law Group is located in Brownsville, Texas.  Michael is a nationally recognized expert in trucking and car accident cases, successfully handling over 1000 accident cases.  Advocate Capital, Inc. is proud to collaborate with trial lawyers like Michael Cowen.