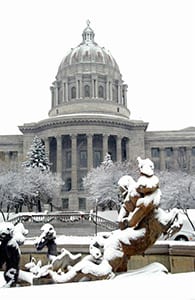 The St. Louis Post-Dispatch reports that a committee in the Missouri House of Representatives yesterday endorsed legislation that would “cap some awards in medical malpractice cases.” The bill would not affect economic damages such as lost wages or hospital bills, but it would limit non-economic damages to $350,000.

Supporters of the bill argue that the legislation is needed to keep med mal insurance premiums from soaring and potentially driving doctors out of the state, or at the least making it difficult for them to stay in business.  However, based on other studies, we have blogged here many times that this argument is a myth.

Opponents argue that the legislation will let doctors off the hook for damages for which they should be held responsible.