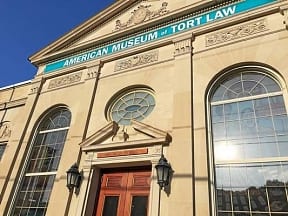 Ralph Nader, the long-time consumer advocate, has recently opened the American Museum of Tort Law. According to Mr. Nader, “Tort law is being run into the ground, maligned, caricatured and slandered because it’s effective.”

According to an article by Erik Eckholm in the New York Times, “The museum aims to describe the evolution of the law regarding negligence and liability, and it features some of the most groundbreaking cases of the last 20th century.”

In addition to exhibits dedicated to the groundbreaking cases, Mr. Nader wants to eventually have drama students re-enact famous trials in a mock courtroom, and have the museum available for school trips and other educational endeavors.

The full New York Times article can be read here.