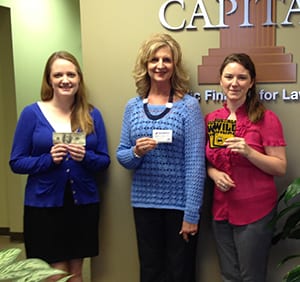 Prior to the tournament, employees submitted NCAA brackets online for a company-wide competition. The three brackets with the most points after the championship game received prizes and were announced during the lunch.

The winners were (from left):

Please visit our photo albums on Facebook and Google+ to view more photos.