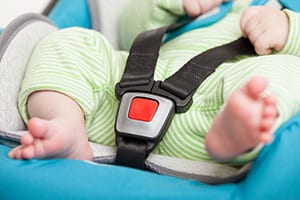 In a recent article in the New York Times, Christopher Jensen writes that Graco Children’s Products agreed to pay $10MM to settle claims that it had failed, “to recall promptly about 4 million child car seats with a defective buckle that could make it difficult to free a child in an emergency.”

The National Highway Traffic Safety Administration stated that the company had agreed to pay a $3MM fine, and will spend an additional $7MM on developing safety programs.

The company said in a statement that it had “evaluated the issue in a timely manner,” but in its consent agreement with NHTSA acknowledged that “it did not provide the required notice” to the agency. Transportation Secretary Anthony Foxx said, “Parents need to know that the seats they trust to protect their children are safe ... and that when there’s a problem, the manufacturer will meet its obligations to fix the defect quickly.”

A harsh light has been shone on the NHTSA (and its lack of oversight of the auto industry) due largely, in my opinion, to efforts by plaintiff’s attorneys to ensure that manufacturers take the necessary steps to ensure consumer safety.  As the Times reports, “The penalty comes as the safety agency has come under increasing pressure from lawmakers to provide more vigorous oversight of the automobile industry, which recalled a record number of vehicles last year.”

Read the full article, "Graco to Pay $10 Million for Delay in Recall of Defective Child Seats."