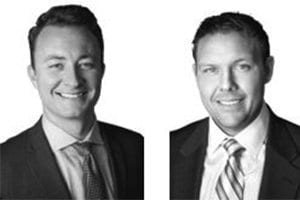 Congratulations to Attorneys Sevy Fisher and Thomas Feher of The Simon Law Group on this outstanding jury verdict.

While working on the weekend, the scaffolding began to move and the Plaintiff fell from the top of the ladder which had been placed on the scaffolding.  The Plaintiff struck the concrete losing consciousness, which resulted in several injuries including fracturing both wrists, skull, facial fractures, and mild traumatic brain injury. There were no objective findings on brain imaging to support the mild traumatic brain injury.

The Simon Law team had an uphill fight to first make the distinction that the Plaintiff was in fact considered a statutory employee under the labor code due to the type of work he was conducting, since he was not a traditional employee in every sense of the term. The Plaintiff in this case was ultimately found to be a statutory employee of the Defendant. Attorneys Fisher and Feher were then able to prove to the jury that the Defendant was responsible for the injuries.  Further, the jury agreed that the Plaintiff’s injuries were all legitimate and not fake as the defense suggested. The jury awarded $3.6M to the Plaintiff.

Everyone here at Advocate Capital, Inc. extends our sincerest congratulations and as always, appreciation to The Simon Law Group and all trial lawyers as they continue to pursue justice on behalf of injured citizens in their communities.