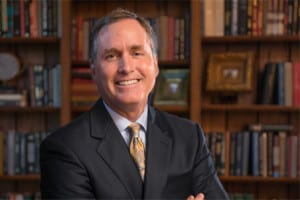 No case is too large or too protracted for The Cooper Firm in Marietta, Georgia.  Attorney Lance Cooper recently settled a case against an insurance carrier that began with a catastrophic injury in 2004.  The plaintiff fell from a rooftop sustaining horrific injuries while he was assisting another contractor on the job (NOT his employer and NOT at his employer’s request).  He was an employee as defined by the general commercial liability policy purchased by the employer and suffered a bodily injury as defined in the policy.

The carrier, citing the “Employer’s Liability Exclusion” of the policy, denied coverage for the plaintiff’s claim, refused to provide the employer with a defense and/or indemnify the employer for any claims made by plaintiff even though this catastrophic injury claim could bankrupt the employer’s business because the potential liability far exceeded the available limits.

The parties in the underlying tort action engaged in extensive discovery for many months with no participation by the carrier.  Finally, in January of 2009, the carrier offered to settle the plaintiff’s claim for $5,000.  Counter offer rejected.   Employer’s defense counsel then withdrew from the case because the employer could no longer afford his services.  Plaintiff proceeded with the tort action against the employer.  An August 2009 bench trial resulted in a judgment for the plaintiff against the employer in the amount of $16MM+.  The employer assigned its rights to pursue a bad faith/negligence case against the carrier to the plaintiff.   Motions for Summary Judgment were filed and heard.  The case went to the Court of Appeals and finally the Georgia Supreme Court.

This incredible tale of insurance “stall and denial” tactics FINALLY ended via a confidential settlement in early 2014 after TEN YEARS of negotiation and litigation.

Should it take 10 years for a catastrophically injured man to receive justice and compensation?   We think not!  All of us at here at Advocate Capital, Inc. are thankful for attorneys like Lance Cooper who are both willing and able to go the distance with powerful insurance companies to insure that the wheels of our civil justice system continue to turn, albeit very slowly sometimes.