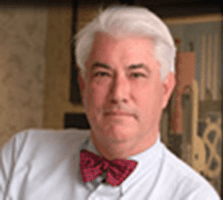 Harvey D. Peyton, founding partner of the Peyton Law Firm, PLLC has reached a confidential settlement on behalf of their client.

The Plaintiff, a 43-year-old mother of 2 died on May 3, 2011 when the Ford Explorer she drove was struck in the rear by a speeding, out of control truck. The violence of the rear collision caused the rear of the Plaintiff’s vehicle to lift. This lift, combined with the sudden change in acceleration, rotation, and deformation of her seat back caused the Plaintiff’s right elbow to strike the release button of her seatbelt and the Plaintiff became an unrestrained occupant. Because the belt was alleged to have opened on initial impact, there were no physical markings on belt consistent with pre crash usage.

Mr. Peyton argued that the Plaintiff became unrestrained because the Ford Explorer’s occupant restraint system for the driver’s seat was not reasonably safe. Further, that Ford’s failure to independently evaluate the use of this buckle and belt assembly was negligence. As a result of this negligence, Plaintiff’s status as an unrestrained driver following the initial rear end collision led to her ejection from her vehicle. Had the Plaintiff remained restrained throughout the accident, her life could have been spared.

The case settled shortly before trial. Due to the determination, commitment, and expertise of the Peyton Law Firm, this family was able to obtain justice for the loss of a precious wife and mother.

Harvey D. Peyton has been practicing law for 42 years. His area of practice is very diverse; however, his emphasis lies in courtroom litigation and careful development of major injury and death claims. Mr. Peyton believes that it is his and every firm member’s obligation to provide first-rate representation to every client.

Congratulations to Harvey Peyton, his team and his client on this outstanding case resolution. Everyone here at Advocate Capital, Inc. is very thankful for trial lawyers like Harvey Peyton who fight tirelessly to insure that corporate America is held accountable.