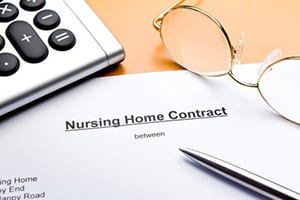 We have blogged in this space many times about the impact of arbitration clauses on consumers’ access to the court system.

In a recent article, National Public Radio reports that the federal government “is now considering safeguards that would regulate the way nursing homes present arbitration agreements when residents are admitted,” but “more than 50 labor, legal, medical and consumer organizations have told the government that’s not enough,” and “they want these pre-dispute arbitration agreements banned entirely.” NPR notes that 34 US senators and attorneys general from 15 states and the District of Columbia “also have called for banning the agreements.” The proposed federal regulation “would require nursing homes to explain these arbitration agreements so that residents or their families understand what they’re signing,” and “would also make sure that agreeing to arbitration is not a requirement for nursing home admission.”