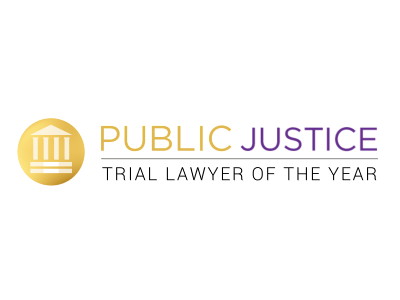 Public Justice’s 2022 Trial Lawyer of the Year award went to a group of attorneys who took on a case that exposed police corruption in North Carolina.

The winning attorney team represented two innocent men who sat on death row after being wrongfully accused of rape and murder. Public Justice notes the men, half-brothers Henry McCollum and Leon Brown, were just 19 and 15 years old when they were arrested for the rape and murder of an 11-year-old girl in 1983. The two confessed to the crime after being interrogated “under duress” and were sentenced to death. The men endured more than 30 years in prison, where Public Justice says they were targeted for their intellectual disabilities and abused. In 2010, Brown sought help from the North Carolina Innocence Inquiry Commission, and in September 2014, the two brothers were exonerated and released from prison.

The brothers filed a plaintiff suit in 2015. Public Justice notes the jury returned a verdict in the brothers’ favor, “awarding each plaintiff $31 million in compensatory damages ($1 million for each year they spent in prison), including $13 million in punitive damages, for a total award of $75 million. The trial court later awarded the brothers prejudgment interest and attorney’s fees, increasing the award to over $100 million.”

To read more about this landmark case and the 2022 Public Justice Trial Lawyers of the Year, visit https://www.publicjustice.net/public-justice-announces-winners-for-2022-trial-lawyer-of-the-year-award/.

Advocate Capital is grateful to support the fantastic work Public Justice does to make the world a safer place for all people.