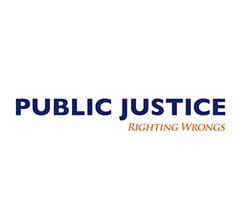 The Public Justice Foundation, in partnership with Synergy Settlement Services, recently announced a new award designed to help those who have suffered a significant injury but have received only a limited recovery.  The Illuminating Justice Award highlights just one of the many clients represented by their supporters who suffered a catastrophic injury and for certain legal reasons, were unable to receive the compensation they deserved.

The Illuminating Injustice Award recipient will be announced during the Annual Gala & Awards Dinner on Sunday July 27 and awarded a $25,000 check from Synergy’s Foundation for Those with Special Needs.

Advocate Capital, Inc. thanks Public Justice for raising awareness about these unfortunate situations and providing support for injury victims across the nation.  And a big “hurrah” to Synergy Settlement Services for sponsoring this important award!