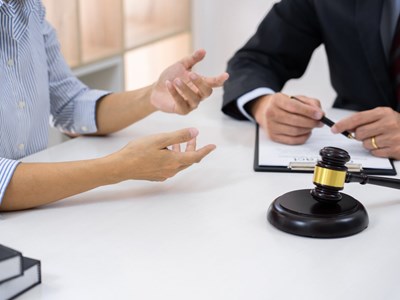 Public Justice recently took on a case on behalf of a Taco Bell worker who was not paid for some of the hours she worked.

The plaintiff worked at a Taco Bell restaurant in Iowa that was owned and franchised by Sundance, Inc. The franchisee company regularly failed to pay the plaintiff the wages she earned and even asked her to continue working off the clock. The company also recorded some of her hours on different weeks to avoid having to pay her for overtime.

The plaintiff brought a lawsuit against Sundance in federal court for her lost wages and the lost wages of employees at the other 150 Taco Bell locations.

The company filed a motion to dismiss on other grounds instead of taking the plaintiff to arbitration. The company was denied and filed an answer with fourteen affirmative defenses-none of which was that the dispute should be heard in arbitration instead of court.

Sundance then decided to go through mediation efforts with the plaintiff. For the mediation, the company had to turn over payroll data for over 10,000 employees and thousands of pages of emails. The plaintiff’s team reviewed the information with an expert to analyze the payroll data. When mediation was unsuccessful for Sundance they moved the plaintiff’s claims to individual arbitration.

The plaintiff argues that Sundance’s action in court and delay in seeking arbitration meant that they had waived any contractual right to force the plaintiff into arbitration. The Eighth Circuit disagreed with the appeal. The court reasoned that if Sundace’s actions indicated waiver, the plaintiff had not demonstrated that she was prejudiced by the company’s failure to seek out timely arbitration.

Public Justice will be arguing the plaintiff’s case in front of the Supreme Court and request they honor the text of the Federal Arbitration Act by treating arbitration rights like any other contractual rights.