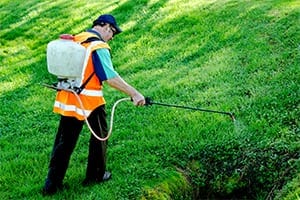 A San Francisco man diagnosed with non-Hodgkin’s lymphoma at the age of 42 believes Monsanto’s Roundup weed killer caused his disease. As reported by the Associated Press, lawyers for Dewayne Johnson asked the jury during trial on Monday, July 9, 2018 to find the agribusiness giant responsible for their client’s cancer.

According to the AP, Johnson’s lawsuit is the first case to go to trial among hundreds of lawsuits alleging Roundup caused the disease.

Brent Wiser, an attorney for Johnson, told jurors during his opening statement on Monday that his client sprayed large amounts of Roundup and a similar product called “Ranger Pro” for two years at his job as a pest control manager at a San Francisco Bay Area school. Wiser said Johnson carefully read the instructions and contacted the company after developing a rash, but was never warned it could cause cancer.

The AP reported “many government regulators have rejected a link between the active ingredient in Roundup – glyphosate – and cancer. Monsanto has vehemently denied such a connection, saying hundreds of studies have established that glyphosate is safe.”