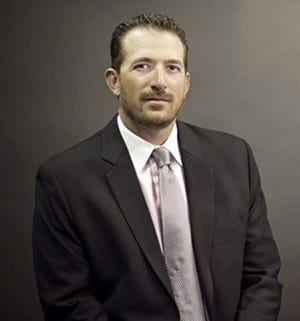 Sean Claggett of Claggett & Sykes Law Firm successfully represented a Las Vegas woman seriously injured in a slip and fall in the garden center of a Las Vegas Lowe’s Store. The victim, a mother of three, fell after slipping on a “slimy, wet substance.” The fall caused the woman to suffer a fractured skull, resulting in brain damage and ultimately permanent loss of her sense of smell and taste.

Counsel for Lowe’s questioned the severity of the victim’s injuries and claimed the plaintiff should have seen the yellow safety cone. Mr. Claggett argued Lowe’s had a history of falls at their stores (28 among the 13 local stores for the time period in question), should have installed drains or changed their watering procedures, and that the yellow safety cone was not in plain sight.  In addition, he reminded the jury that a Lowe’s employee erased the video surveillance tape that might have captured the plaintiff’s fall.

The jury denied the plaintiff’s request for punitive damages but found Lowe’s to be 80% negligent, awarding the victim $13.14MM for medical expenses, lost earnings, pain and suffering. Defendant Lowe’s will also be responsible for the plaintiff’s attorney fees.

When asked about the verdict, Mr. Claggett shared:

This jury says, ‘Well, if you hurt one of our community citizens, you will pay, and you’re not going to get away with it.’ Hopefully, this was enough of a message that they’re going to change their policy.

The Claggett & Sykes Law Firm represents plaintiffs in substantial personal injury and products liability cases. Mr. Claggett attended the Boyd School of Law at UNLV where he currently teaches Law Practice Management. Sean is also a faculty member of the prestigious Keenan Ball Trial College, where he instructs other top trial attorneys from around the country.

Advocate Capital, Inc. congratulates the victim, Mr. Claggett and his team at Claggett & Sykes Law Firm on this outstanding example of justice served.