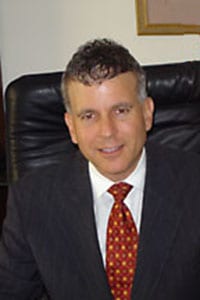 Congratulations to Steve Brady and his team at The Brady Law Group on a unanimous jury verdict for this client in a recent San Francisco trial. The Defendants offered $375,000 to settle before the trial and Mr. Brady countered with $999,000. After a 10-day trial, the jury returned with a unanimous verdict for $1.1 Million.

The Plaintiff was a 42-year old union construction laborer working on a road-repaving project. He had his back to traffic in a “coned off” lane of the road when he was struck by the side mirror of the defendant’s van. He was diagnosed with a torn rotator cuff and adhesive capsulitis. His injuries ended his career.

The defense argued vigorously that his injuries were a result of the Plaintiff’s 10-year history of working with jackhammers and heavy construction equipment. The defense had an extremely skilled attorney and 2 doctors spearheading their claim that the accident was not the cause of Plaintiff’s injuries.

After a ten-day trial, deliberations lasted for three days before a unanimous verdict was entered for the Plaintiff. The Plaintiff was awarded $31,000 in medical bills, $185,000 in past lost wages, $389,000 in future lost wages, and $488,000 in general damages. Nine jurors found the Plaintiff to be 1% at fault.

We at Advocate Capital, Inc. are proud to serve attorneys like Steve Brady, who are willing to fight the top defense teams and large insurance companies to achieve justice on behalf of their injured clients. Congratulations for a job well done and an outstanding result!