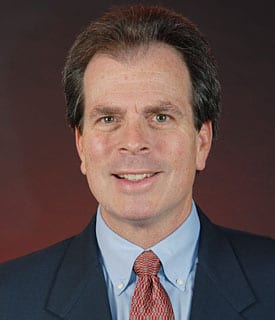 Congratulations to Steve, the Glickman Firm and their client on the outstanding resolution of this mindboggling medical negligence case.

Plaintiff was suffering from low back problems and was recommended for an XLIF (eXtreme Lateral Interbody Fusion) procedure whereby the spine is approached from the side of the body as opposed to a “midline” incision.  The physician gave the plaintiff a detailed explanation, a brochure on the XLIF procedure and even showed him the device that would be implanted.  On the date of surgery, plaintiff signed a consent form for this procedure ONLY.  However, the physician performed a substantially different procedure.  Instead of using the implant that was demonstrated, the surgeon used a “soft bag” implant called the “OptiMesh” bag which is NOT approved by the US Federal Drug Administration.  Not only was the OptiMesh bag not approved but the FDA required a black box warning (strongest required) that the device/procedure carried significant risks and even life-threatening adverse effects.  In addition to not using the implant represented to plaintiff and for which he consented, the physician also deviated from the surgical plan by making a midline incision in plaintiff’s spine in addition to the side-entry incision.

Almost immediately, plaintiff reported that the surgery did not go well and he was still in a lot of pain.  As a result of this physician’s negligence, the plaintiff now requires a total facetectomy at the L3-L4 area.  He basically has no stability in his spine but this recommended surgical procedure is extremely risky and could result in paralysis.  Further, the plaintiff has also now developed complex regional pain syndrome, is completely unable to work and requires assistance for many activities of daily living.

Discovery in the case revealed that there were many concerns about this physician’s practice early in his tenure with the hospital.   In fact, before the client's surgery, there were at least nineteen patients who were injured by the surgeon and who subsequently filed actions against the surgeon; this information was known or reasonably available to the hospital.

Glickman & Glickman specialize in civil litigation representing plaintiffs in substantial personal injury and wrongful death cases, employment and business litigation.  This medical malpractice case is one of many handled by Steve Glickman.  Mr. Glickman will be installed as President of the California Chapter of the prestigious American Board of Trial Advocates (ABOTA) for 2014. He has also served in many leadership roles including an officer for the Board of Governors of the Consumer Attorneys Association of Los Angeles (CAALA) and served as president in 2006.

All of us here at Advocate Capital, Inc. are so thankful there are trial lawyers like Steve Glickman holding medical providers accountable for this kind of gross negligence.