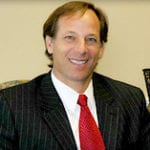 Congratulations to Michael Strickland, the entire team at Strickland & Kendall, L.L.C., and their clients on this recent outstanding settlement of $1.9M in a conservative venue where the largest known verdict was $700,000 for an MVA case.

The plaintiffs, a niece and her uncle, were seriously injured when the defendant driver ran a stop sign and slammed into the plaintiffs’ car.  Unfortunately, the uncle who was a belted passenger later died from a blunt force trauma sustained in the accident.   The niece was placed on life support and was not expected to survive after suffering broken bones, internal organ damage, and a collapsed lung.  The niece did survive but has been unable to return to work due to the permanent injuries sustained in the accident.

Initially, both the defendant driver who was within the course and scope of his employment, and the defendant’s employer denied liability and claimed the Plaintiffs’ automobile did not have its headlights in operation as the wreck occurred at nighttime.  The defense further claimed that the uncle died as a result of medical negligence by the hospital and not the blunt force trauma sustained in the accident.  Because of the excellent work done by Michael Strickland and his team, the defendants were unable to support their theory during discovery and ultimately agreed to settle the case.

Strickland & Kendall are located in Montgomery, Alabama and handle all types of personal injury and wrongful death cases.  A particular practice area of interest is the firm’s emphasis in disaster claims resulting from tornadoes, hurricanes and other natural disasters.   Click here to learn more.

Advocate Capital, Inc. is proud to partner with attorneys like Strickland & Kendall, who fight for justice for those impacted by negligence of others.