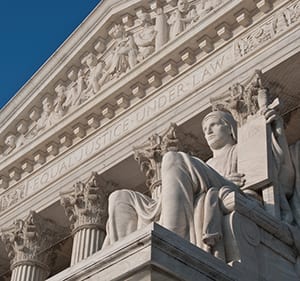 Many states have passed laws outlining mandatory percentages that they can reclaim from med mal settlements for reimbursement of Medicaid dollars spent for the plaintiff’s care, regardless of the actual amount spent.

The McClatchy news service recently reported that Supreme Court justices seem "genuinely split over when and how states can take a share of medical malpractice payments awarded Medicaid beneficiaries." The case involves a 13-year-old North Carolina girl who has been "profoundly disabled since an allegedly botched caesarian-section delivery," resulting in "diagnosis of cerebral palsy." The court's answer, "expected in June, will shape how North Carolina and other states reclaim at least some of the Medicaid funds spent on a patient's care. North Carolina's current law allows the state to claim one-third of a medical malpractice settlement or judgment awarded a Medicaid patient." Attorneys for the girl's family, as well as the Obama Administration, believe that the state's "automatic one-third may be excessive." Sonia Sotomayor, the "most persistent critic of North Carolina's position," asked, "How can you predict, particularly with a statute that wasn't based on any empirical data, that 30 percent is normally the right amount?"

A very good question and one that we hope the Court will decide in favor of the plaintiff in this case.