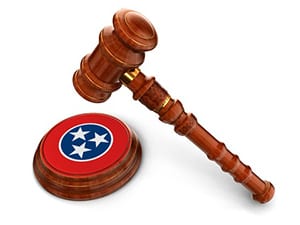 A major breakthrough for injured citizens in Tennessee occurred on Monday, March 9 when Hamilton County Circuit Court Judge W. Neil Thomas ruled that Tennessee’s $750,000 cap on certain civil jury awards is unconstitutional. This ruling could possibly initiate a review of the 2011 tort reform initiative by the Tennessee Supreme Court.

Specifically, Judge Thomas noted that the state doesn't have a constitutional right to cap noneconomic damages, which he says should be called “pain and suffering damages” awarded to injured plaintiffs.  The judge added that the law is “an affront to juries, which should be able to award damages as they see fit.” Click here to read the entire article featured in the TimesFreePress.com authored by journalist Claire Wiseman.

We totally agree! Was the Seventh Amendment not ratified to insure and preserve every citizen’s right to a trial by jury? Of course – so why should the jury be restricted on deciding the monetary compensation due an injured citizen? These are all important questions that have already sparked debates among the judiciary, legislature and the governor’s office here in Tennessee.

Advocate Capital, Inc. is headquartered in Nashville, Tennessee and we are pleased that our home state may lead the way in the continuing battle to reverse that damage to our judicial system caused by tort reform over the last 20+ years.  We all owe a debt of gratitude to Judge Thomas for having the courage and wherewithal to make this landmark ruling.