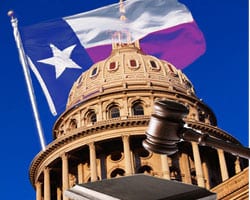 In a recent victory for Texans, the Texas Legislature has passed a law that will require insurers and other health plan operators to compromise any subrogation claim or claim for reimbursement from a plaintiff when that plaintiff has not been made whole – regardless of the language in the health plan.

Prior to this law being enacted (it becomes effective on 1/1/14), plaintiffs argued that insurance companies seeking reimbursement should be limited by the common law doctrine known as the “made whole” doctrine, which is an equitable defense to the subrogation or reimbursement rights of an insurance carrier or other party.  The doctrine required that before subrogation and/or reimbursement would be allowed, the injured party (i.e. the plaintiff) must be “made whole” for all of his damages.  However, in 2007, the Texas Supreme Court struck down this doctrine when the health plan document provides a clear and specific right of subrogation.  Due to this Supreme Court decision, injury victims who files suit were often forced to pay large liens that left them with little, and sometimes no, compensation for their injuries.

Under the new law, insurance companies (or other claimants) will have to compromise their claims when an injured party has not been made whole regardless of the contract language.

The full text of the law can be read here.