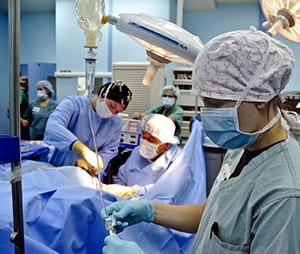 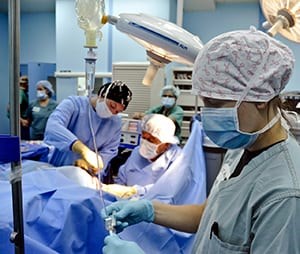 I’ve blogged a couple of times in the space about Greg Abbott, the Texas Attorney General and Republican Party nominee for Governor.  Mr. Abbott, who himself has been the beneficiary of consumer access to the courts, has since become quite the crusader AGAINST allowing others the same access.

According to a recent article in The Texas Tribune, a group of women and their attorneys in Texas are now asking Mr. Abbott to assist them in their battle against Johnson & Johnson, the primary manufacturer of pelvic mesh implants that the women say have caused severe complications, including bleeding, extreme pain and infections.

The women, “a coalition of ‘pelvic mesh survivors’”, is asking Mr. Abbott, in his role as Attorney General, to pursue legal action against Johnson & Johnson.  The women claim that the company “violated a state law that prohibits deceptive business practices, citing the company’s ‘knowledge of inherent danger’ of the mesh implants and the cost to Texans of subsidizing care for women treated at taxpayer-funded facilities.”

Mr. Abbott’s office, through a spokesman, declined comment on the matter, citing a “continuing investigation.”  Johnson & Johnson, likewise, refused to provide comment to the reporter, though the company and its lawyers have argued in court that “the implants were effective and that the company properly warned consumers about their related risks.”

Of course, patient activists disagree, and say that the company has not done enough to warn consumers about the “severe complications they may experience.”  The women’s group has sent a letter to the Attorney General informing him that they are seeking his assistance because his office has the “sole authority to conduct a comprehensive and thorough investigation” into the issues.

Based on history, I am doubting that Mr. Abbott crosses swords with big-money corporations like J&J, but the issue should be interesting to follow.